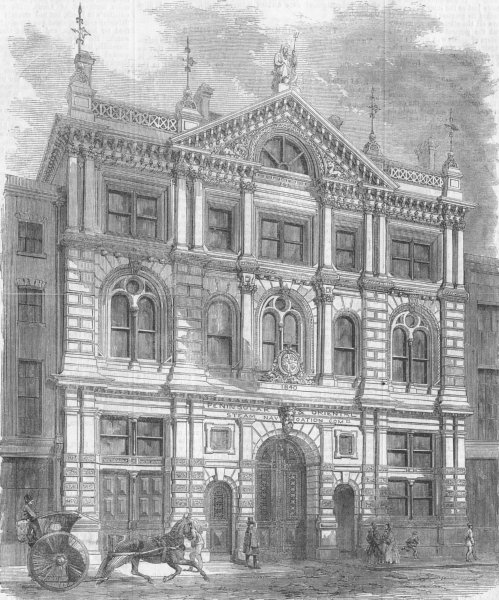 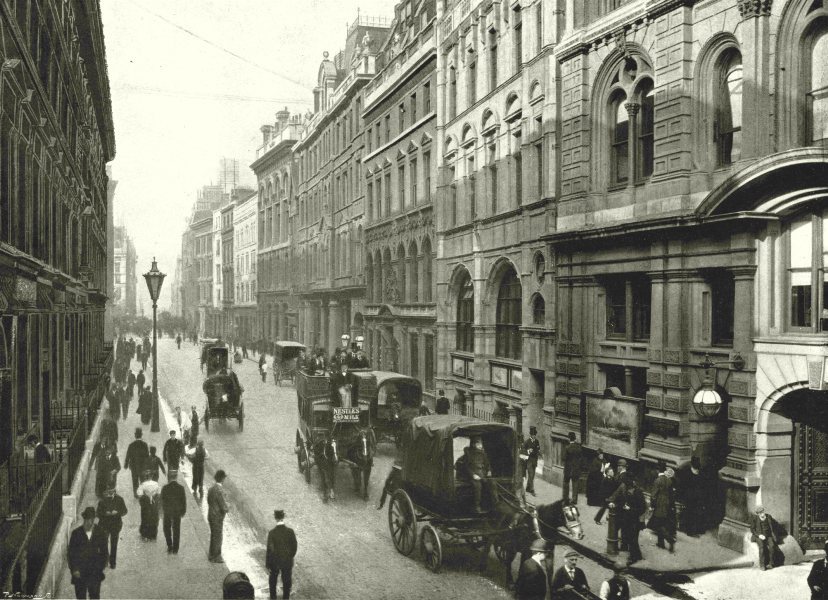 Leadenhall Street in 1896, with P&O's Offices on the right.

For some years, the P&O management worked rent-free in the shipbroking offices of Willcox & Anderson. However, by the mid-1840s, business east of the Gulf of Suez had increased, resulting in the company needing newer and larger offices. In November 1845, the King's Arms Inn and Hotel in Leadenhall Street, was put up for sale by its owners, and the freehold purchased by the P&O Directors, for £7,250. They then commissioned an architect, Mr Beachcroft, to design the new buildings, at an estimated cost of £8,000. In March 1848, the P&O management moved into the new offices - 122 Leadenhall Street. In 1854, the Company unsuccessfully attempted to purchase the neighbouring building at 121 Leadenhall Street, however they were eventually able to take a lease from the charity which held it. They also bought leases of 80 years from St. Thomas's Hospital on the residential properties at Nos. 123, 124 and 125 Leadenhall Street which were then demolished to create a new frontage at Number 122. The new building provided more office space, some of which was for rent, and a spacious new courtyard. 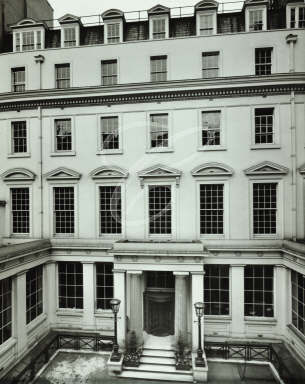 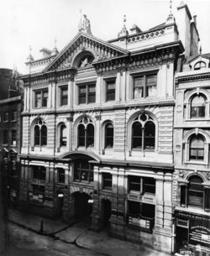 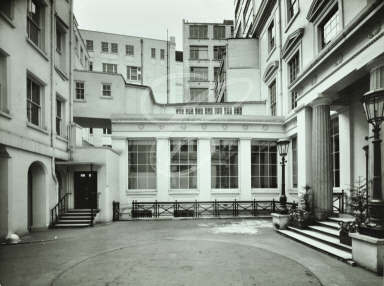 14 - 16 Cockspur Street, London
This building on Cockspur Street, near Trafalgar Square in London, was built in 1906 for the Hamburg-Amerikanische Packetfahrt-Actiengesellschaft, or Hamburg America Line (HAPAG).  At the beginning of the 20 Century their ship the Deutschland won the Blue Riband for the fastest crossing of the Atlantic on three occasions.  During World War I much of their fleet was destroyed and those that survived were handed over to the Allies as reparation.  This building was also handed over for the same reason, to P&O, and some alterations made, with the P&O logo appearing in several places. 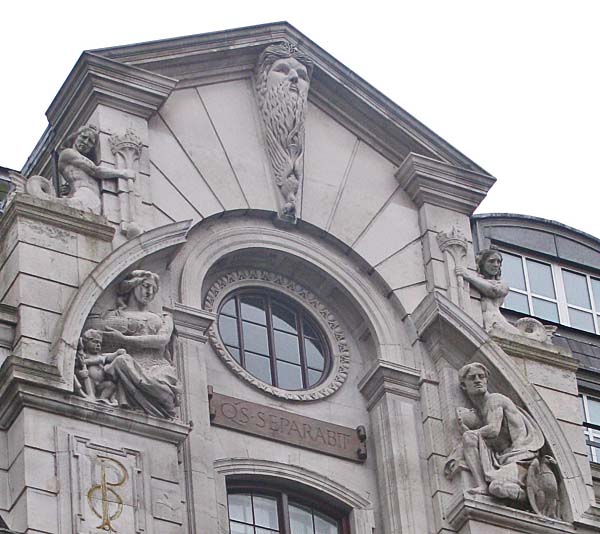 Much of the decoration on the building is the work of William Bateman Fagan, who was responsible for the stone carvings above the entrance for number 14.  On either side of the broken pediment are two figures cradling ships. It is thought that the figure on the left is holding the SS Deutschland and the one on the right the SS Amerika (hence the eagle), another of HAPAG's famous ships.  Below the circular window is a bronze plaque engraved with the Peninsula and Oriental Steam Navigation Company's motto - "Quis nos separabit" ~ "What will separate us". 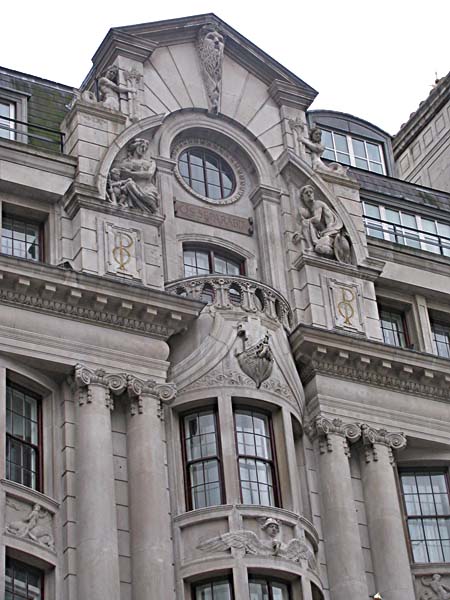 Other nautical images include Neptune at the peak, the prow of a boat below a border of anchors, and mermaids.  After the hand-over of ownership, P&O had their logo inscribed below the HAPAG sculptures.

A spectacular decoration is to be found above the door to the former booking hall. 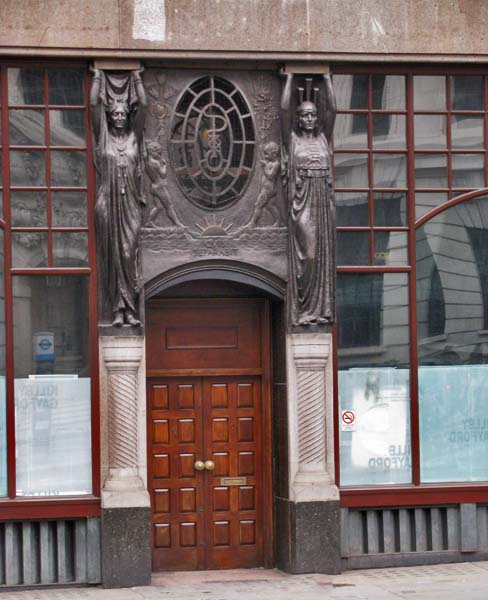 This magnificent bronze created by Ernest Gillick represents 'Britain and the Orient',  with the lady on the left, accompanied by a boy holding a lotus flower, representing the East and Britannia, with three lions on her chest and accompanied by a boy holding her trident, representing Britain.  The sun is rising above the ocean between them and below it is the company motto.  In 2012, 14 - 16 Cockspur Street, became the Brazilian Embassy. 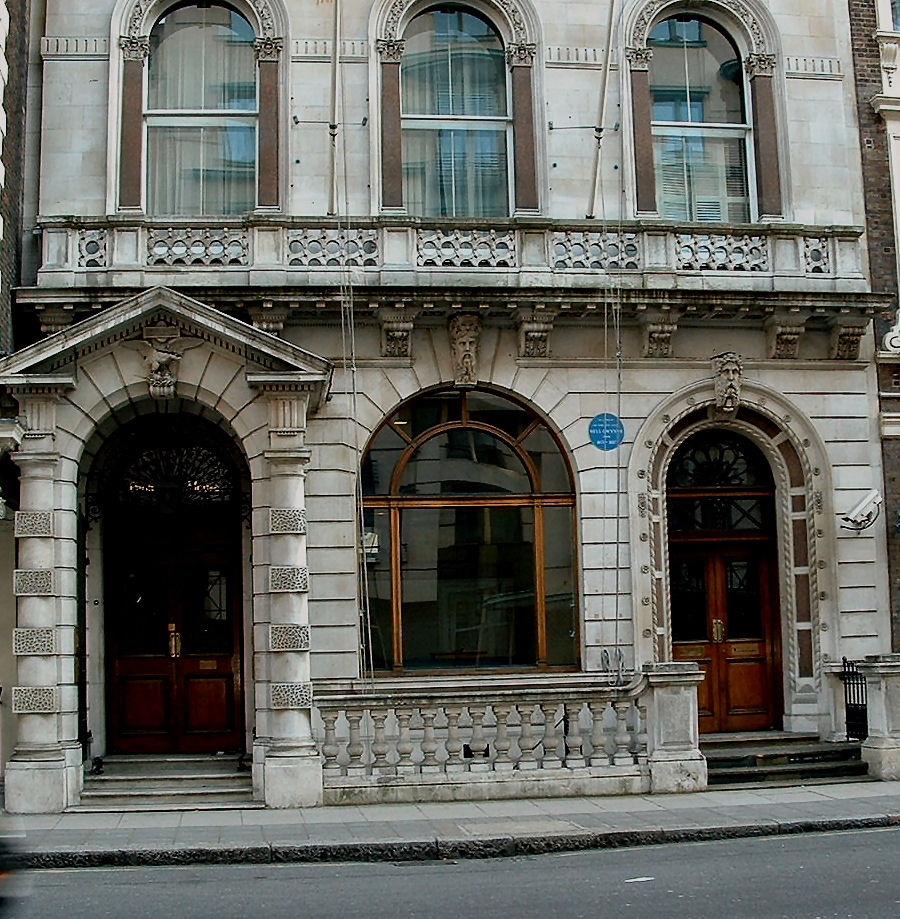 P&O's headquarters moved from Leadenhall Street in the City to 79 Pall Mall in the early 1980s. Many considered the offices a throwback to the days when Britain ruled the waves: the walls are panelled in oak and covered with pictures of ships, evoking the heyday of the British Empire. With the P&O flag flying outside, and exuding a genteel air, the offices were reminiscent of a gentlemens' club. It has been in private hands since 1676, when the house that originally occupied the site was passed to the trustees of Nell Gwyn, the mistress of King Charles II.

Recommended Reading: Flagships of Imperialism is the first scholarly monograph on the history of the P&O shipping company, and the first history of P&O to pay due attention to the context of nineteenth century imperial politics which so significantly shaped the company's development. Based chiefly on unpublished material from the P&O archives and the National Archives, and on contemporary official publications, the book covers the crucial period from the company's origins to 1867. Flagships of Imperialism will be of interest to transport and company historians and to historians of the British empire alike, as well as to anyone interested in the history of British ships and shipping in the nineteenth century.