Please Note: The word mark 'P&O' and the house flag are Trade Marks of the DP World Company.

The potential of the machine, conveyed through repeated spectacles, fired the boilers of human imagination: Suddenly, everything seemed possible. It is no exaggeration to claim that the image of a steamship’s hull waiting to be launched became the most recognizable symbol of both technological and societal progress in the 19th century. Douglas R Burgess, Engines of Empire ** 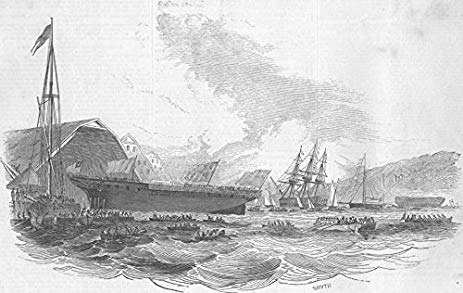 In 1836 an important development took place. The responsibility for sea mail was transferred from the Post Office to the Admiralty. The Admiralty called for tenders to transport the mail. The mail carried so far by the packet ships run by the Post Office were sailing ships and were unreliable. Merchants wanted a good commercial carrier for regular mail. The P&O company won the contract in 1837, amounting to £29,000, which provided it with financial stability. The signing of this contract is recognised, by many,  as the founding of what became the P & O Steam navigation Company. This was made possible by joining forces with Richard Bourne whose family already had a contract to distribute overland mail by coach in Ireland and ran a Steam ship line called the Dublin and London Steam Packet Company.

The first ship of the new P & O line, the Don Juan was ship wrecked, off Tarifa, on it’s maiden voyage. The passengers and the mail were however saved.

However, with the Lady Mary Wood, the Company was more fortunate.....

The ship was named after the wife of Sir Charles Wood, the First Viscount Halifax, who was Secretary to the British Admiralty, and, in Palmerston's second government Secretary of State for India, from 1859-1866. 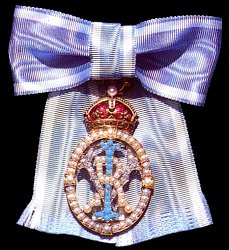 P&O's steamship, the Lady Mary Wood, had a gross tonnage of 556 and horsepower of 250.  In 1845, the Peninsular and Oriental Steam Navigation Company established the first regular monthly mail service, under a new contract with the British government, that required the company to convey mails to China via Ceylon, Penang, Singapore and Hong Kong.

The Lady Mary Wood was the first mail steamer dispatched to the Far East, arriving in Singapore on 4th August 1845. 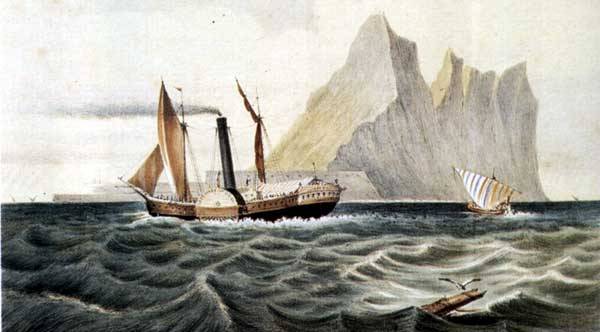 Gibraltar from the sea with the Lady Mary Wood, Coloured Lithograph, The National Maritime Museum, Greenwich

.....a fine ship, comfortable cabin—and quiet weather. God bless all behind, and give us a merry meeting at Xmas.....

By 1845, P&O was a profitable business, having been awarded the mail contract between England and Alexandria, and the route between Suez and Calcutta. Securing the contract to Singapore and Hong Kong further established its position in the region. At the time, steamers would normally take six days to travel from Ceylon to Penang, two days from Penang to Singapore, where they made a 48-hour stopover, before completing their voyage in Hong Kong, after another seven days. All dependant on reasonable weather en-route, of course!

From 1841 onwards, P&O had been using Southampton as a port for its mail and passengers.

The Lady Mary Wood commenced her maiden Far East voyage arriving in Singapore on 4th August 1845, after an eight-day passage from Point de Galle, in Ceylon, now called Sri Lanka. She brought the mail from London in a record time of just forty-one days.

Not only did the arrival of the steamer signify the possibility of regular shipment of inbound and outgoing mail, she also carried 60 First and 50 Second Class passengers.
On her return passage from Singapore, the Lady Mary Wood carried 4,757 mail packets – 3,989 bound for Europe and the rest for Penang, India and Aden. By 1848, it had become standard practice to hoist a red flag on Singapore's Government Hill (now known as Fort Canning Hill) during the day to signal the arrival of mail from Europe and a yellow flag for mail from China, while a gun was fired at night.

The monthly arrival of letters made a significant impact on Singapore’s economic and social landscape, as it kept the British colony up-to-date with happenings on the other side of the world. Such contacts grew as the frequency of mail increased - from once to twice per month in 1853.

The mail contract was strictly controlled by the Admiralty and there was a naval officer on board the Lady Mary Wood in charge of it. This man had authority to over rule the Commander, and could even order the ship to sail, the moment the mails were on board. The responsibility for mail contracts was handed back from the Admiralty to the Post Office in 1861.

"And now our attention was withdrawn from the land to a sight of great splendour on board. This was Lieutenant Bundy, the guardian of Her Majesty's mails, who issued from his cabin in his long, swallow-tailed coat with anchor buttons; his sabre clattering between his legs, a magnificent shirt-collar of several inches in height rising around his good-humoured, sallow face; and above it a cocked hat that shone so I thought it was made of polished tin, handsomely laced with black worsted and ornamented with a shining gold cord.... 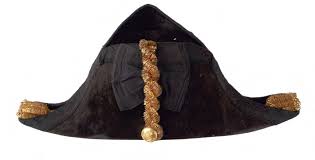 The authority of Her Majesty's Lieutenant on the steamer is stated to be so tremendous that he may order it to stop, to move to go to larboard, starboard or what you will; and the Captain dare only disobey him suo periculo." 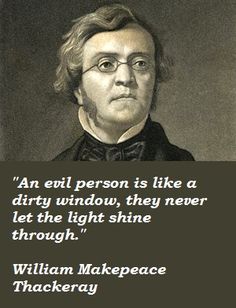 In order to promote their new service, P&O invited the English poet and writer, William Makepeace Thackeray, on an all-expenses-paid trip to the Mediterranean, and to pen his adventures in a book. Thackeray was on board the Lady Mary Wood for a week, during which time, he recorded his favourable impressions of the voyage from Southampton to Egypt, in his travelogue titled 'Notes on a Journey from Cornhill to Grand Cairo', which was published under the pseudonym Michael Angelo Titmarsh. In the publication, he was honest enough to disclose that P&O had arranged for the excursion on the Lady Mary Wood.

My favourite quote is as follows: 'The sun brought all the sick people out of their berths this morning, and the indescribable moans and noises which had been issuing from behind the fine, painted doors on each side of the cabin happily ceased'

William Makepeace Thackeray, writing as Michael Angelo Titmarsh - on board the Lady Mary Wood in 1844. 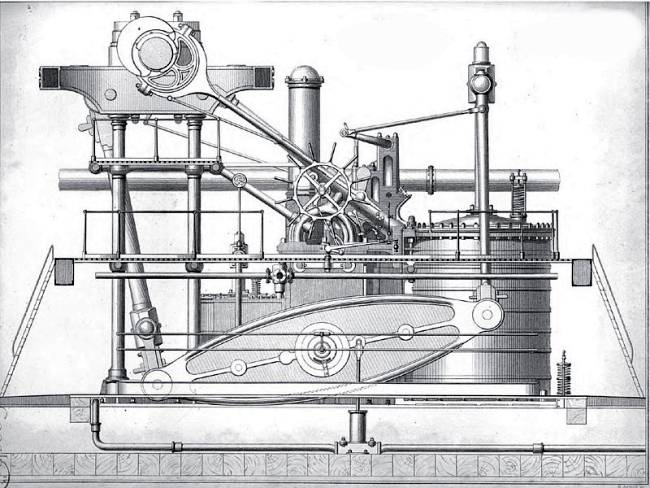 The ship was powered by a 'side-lever steam engine', built by Preston Fawcett and Co, of Liverpool, of the type later fitted to the Arabia and Persia. Producing 250 HP, the engine was capable of propelling the Lady Mary Wood, by means of paddle wheels, at a very reasonable twelve knots.

She had a crew of 89:- British: Commander and Five Deck Officers, 4 Servants, 4 Engineers, 3 Firemen, 9 Seamen.

'The accommodation, with its generally dark wood panelling, and subdued, if elegant decor, was dimly lit at best. In bad weather, when ports, skylights and the main hatches were closed and battened down, it was dark, airless, usually hot, and by modern standards - unbearable. And, because she was so small, the kind of weather which necessitated battening down, set her rolling and jumping sickeningly.'William Anderson, writing in 1854.

The  Lady Mary Wood was the first Peninsular and Oriental steamer to leave Hong Kong, sailing on 1st September 1845. The Company, however, had been established in the Colony previously, for by this date they owned their own docks and wharves, and had private shops for the work of re-fitting their vessels. The Lady Mary Wood was a vessel of about 650 tons burden. Now there is a fortnightly mail service, a fortnightly intermediate service, and altogether about sixty sailings a year of the Company's boats from Hong Kong alone. A comparison between the freight rates and passage-money then and now will also show what an immense advance has been made during recent years. In 1857 a first-class passage from Hongkong to Southampton cost six hundred dollars when the dollar was equivalent to 4s. 10d. or 5s.; now it costs about half that sum in sterling. TWENTIETH CENTURY IMPRESSIONS OF HONGKONG, SHANGHAI, ETC

Incidentally, the Lady Mary Wood was used to ferry British troops from India to control the 1848 rebellion in Ceylon.

1848 was the year of revolutions. Across Europe, from Sicily to Saxony, Hungary to Holland, the masses rose in revolt against the established order; and in Kandy, in the centre of Ceylon, the peasants rebelled. Britain had been in full control of Ceylon since 1815. Prior to that the centre of the island was the independent Kingdom of Kandy, with the British controlling all the coastal provinces surrounding the kingdom, having inherited from the Dutch in 1795. By 1815, however, the Kandyan king had managed to alienate many of his chiefs and nobles, and the British administration exploited this. They were invited by the chiefs to dethrone the king and assume control, and this they did, despite it being against the specific instructions of the War and Colonial Office in London.

On the 15th March 1851, she was laid up at Calcutta for eight months, before opening the Calcutta - Hong Kong service on the 6th November.

On 26th March 1852, she carried British troops from Calcutta to Rangoon.

Selected extracts from the First Edition of ........

Notes of a Journey From Cornhill to Grand Cairo 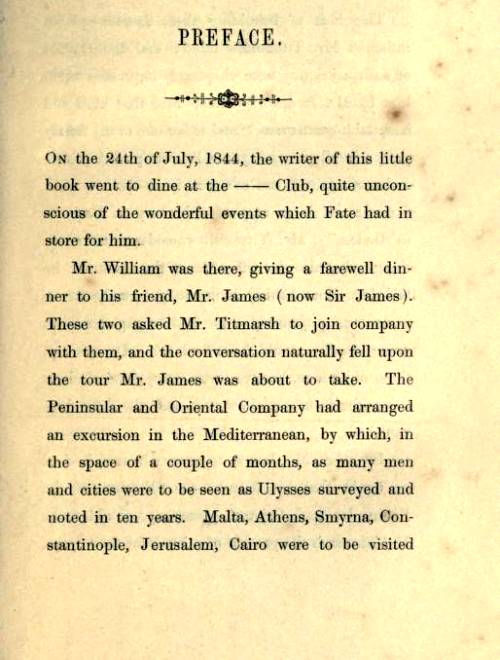 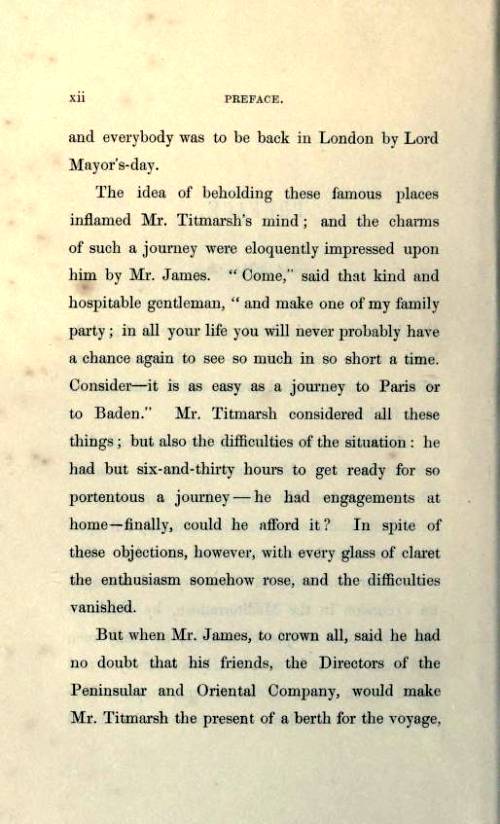 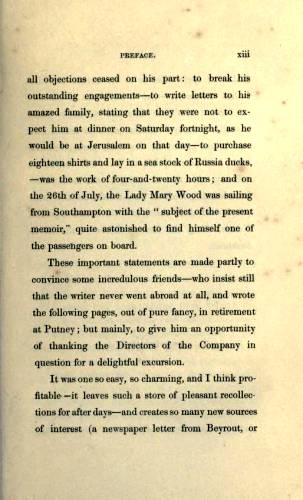 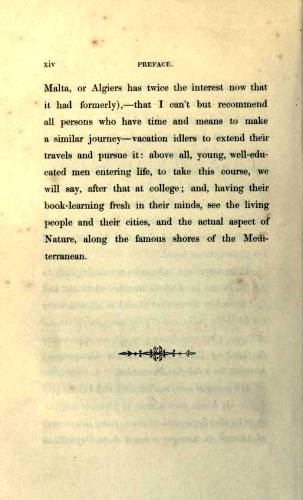 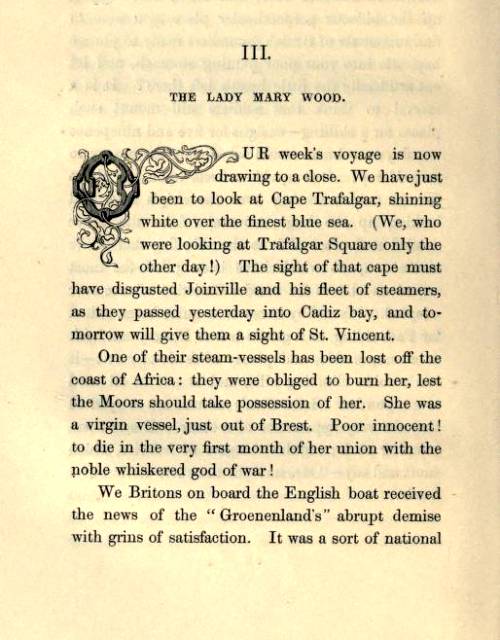 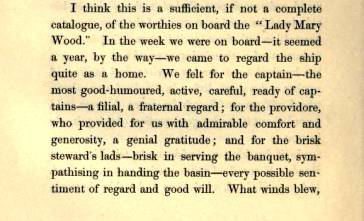 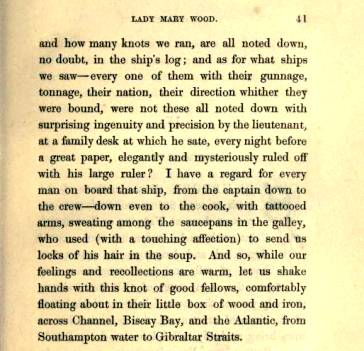 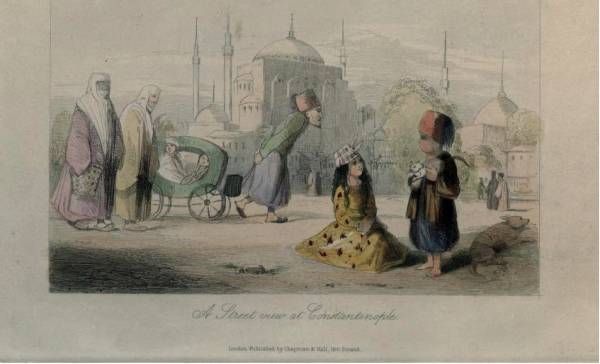 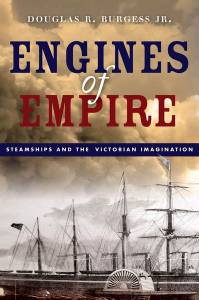