I have been reading it since 1970, and have managed to have eleven letters published!

Founded by John Walter of London on 1st January 1785, as The Daily Universal Register, the newspaper began as a tuppenny-ha'penny broadsheet, whose main function was to publicize a system of typography in which Walter was then interested.

It became The Times on 1st January 1788, publishing commercial news and notices, along with some scandal. 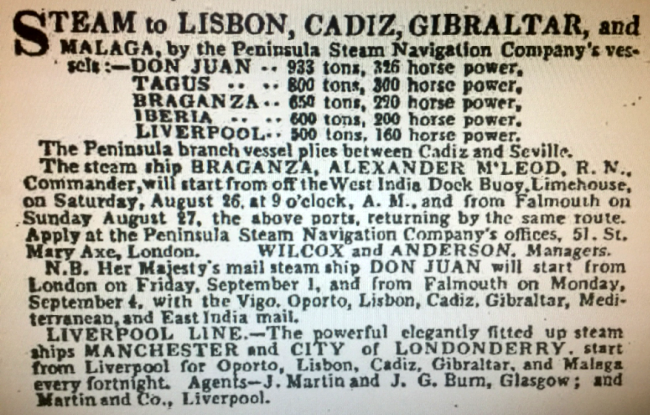 It will be noted that the Braganza, as with many early P&O ships, was commanded by a Royal Navy officer.

There was no shortage of experienced senior officers to take command. The Royal Navy had been shrinking in size since the end of the Napoleonic wars and P&O paid well.

A work in progress, commencing with.....

Extracts from The Times, Tuesday September 7, 1937